Reconstructing the early life of extinct human ancestors: a new look from a digital perspective

Description
Background: Factors influencing the life-histories of a species are poorly understood and little is known about how ecology modulates the pace of their development. Our dental biogeochemical study (published in Nature in 2019) of two A. africanus individuals revealed for the first time that seasonal variation in food availability influenced the nursing behaviour of this species. Specifically, A. africanus mothers were cyclically breastfeeding their infants during periods of extreme and unpredictable oscillations in food availability. This adaptation enabled the survival of immature individuals, who are particularly vulnerable to fluctuations in food accessibility because of their lower fat reserves and weaker muscle tissues. However, extended breastfeeding leads to prolonged interbirth intervals, and ultimately has a negative effect on the reproduction rate. These adaptations in response to seasonal variability and resource scarcity would have exacted a toll on the resilience to other environmental pressures, and thus possibly had a role in the disappearance of the genus from the fossil record at about 2 million years ago. Therefore, it is paramount to understand how other early hominin species adapted to habitats characterised by marked seasonal changes. Because sampling rare and fragmentary human fossil remains for stable isotope analyses requires drilling or cutting, it is often difficult to access this material and obtain statistically viable sample sizes. Project aim/s: To overcome these limitations, this project will quantitatively examine dental macrowear of early hominin, modern human and non-human primate deciduous molars collected using non-invasive digital techniques. The reconstruction of fossil hominin diets has been exclusively focused on adult permanent teeth, largely ignoring what infants and young individuals ate during the transition between breastfeeding and weaning (when breast milk is gradually replaced by other kinds of foods). Tooth wear on deciduous teeth has the potential to shed light upon changes in food consumption during the early phase of life, and to successfully identify the onset of weaning. Early preliminary qualitative studies on dental attrition have tried to predict infant diet to reconstruct hominin life-histories producing very interesting results. The method developed in our lab, called Occlusal Fingerprint Analysis, is a solid and quantitative method and has all the potentials to detect this information. It will be applied for the first time on deciduous teeth and it will be based on a large hominin, great ape and modern human samples. Research environment and techniques: The Palaeodiet Research Lab is a highly multidisciplinary and dynamic team that investigates important biological questions related to humans in an evolutionary context. The lab is led by A/Prof Luca Fiorenza, who has been recognised among Australia top’s researchers by the Australian’s Research 2020 Magazine as Leader in the field of Anthropology. The research produced in our Lab has been published in the most prestigious scientific journals in the world, including Nature, and Nature Ecology & Evolution. Our research has always generated high public interest, and it has been covered in the most important national and international media, such as National Geographic, Scientific American, BBC, CNN and The Times. The Palaeodiet Research Lab will provide world-class trainings for staff and students on how to study human anatomical variability using new digital approaches. The project will be based on advanced digital techniques, ranging from 3D medical imaging to engineering tools. Integration of dental anatomy with engineering tools will be used to create new and exciting methods for functional analyses of the musculoskeletal system; an approach that may eventually inform on applied settings like orthodontics, where the relationship between morphology and dental occlusion is still not well understood. You will have access to a state-of-the-art 3D imaging laboratory, equipped with the most advanced technologies, ranging from ultra-high precision 3D desktop scanner, innovative 3D printers, and with the best 3D imaging and engineering software on the market. Skills: During the life of this PhD project you will receive trainings in 3D computer methods, dental anatomy, biomechanics, human osteology, data collection and management, functional morphology, orthodontics, engineering, and statistical analyses. Moreover, due to the interdisciplinary nature of this project, the PhD will also be an opportunity to develop essential transferable skills in communication, presentation, critical thinking, team-based learning, problem solving, decision-making, and time-planning. Skills that apply to jobs in and out of academia.
Essential criteria:
Minimum entry requirements can be found here: https://www.monash.edu/admissions/entry-requirements/minimum
Keywords
Dental anatomy, developmental biology, human biology, functional morphology, human osteology, anthropology, biomechanics, archaeology, human evolution, paleodiet
School
Anatomy and Developmental Biology
Available options
PhD/Doctorate
Time commitment
Full-time
Top-up scholarship funding available
No
Physical location
Biomedicine Discovery Institute
Research webpage
http://www.palaeodiet.org
A/Prof Luca Fiorenza 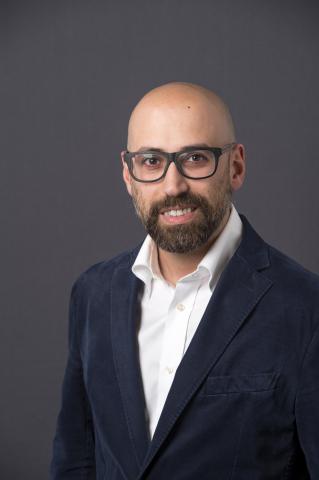