A prospective study of seizure triggers

Description
BACKGROUND Patients with seizures often present to emergency departments (ED) for acute care. Around 6% of the population is likely to experience an afebrile seizure during their lifetime.[1] The annual incidence of epilepsy is 44 per 100 000 of the population.[2] Hence, it is not difficult to postulate that patients presenting with seizures are likely to use a fair proportion of resources in the ED. Data from the US shows that 38% of patients with epilepsy use ED resources annually.[3] It is well known that some seizures are triggered by various endogenous and exogenous factors.[4] These factors can trigger seizures in people with epilepsy as well as without (acute symptomatic seizures). Well-established seizure triggers include alcohol, recreational drugs, sleep deprivation and non-compliance with antiepileptic medications.[5] Little is known about the magnitude of the problem of triggered seizures at the emergency department. Recurrent presentations with seizures tend to consume healthcare resources in terms of labour, investigation and treatment costs. Most of the triggers are preventable. Hence, identification of seizure triggers and quantification of this problem has multiple benefits. First, such data can be used to educate patients to minimise morbidity and mortality associated with recurrent seizures. Second, identification of reversible triggers will help formulate strategies to deal with the problem more effectively and reduce admissions to ED. METHODS Against this backdrop, we propose to collect data on seizure triggers prospectively in the ED of Monash Health. The inclusion criterion will be all adult patients (age ≥18 y) triaged as “convulsions” on presentation to the EDs of Monash Health. During admission to hospital, or within 1 week of the discharge, the investigator will complete a brief survey. The survey is very brief, consisting of mostly tick-boxes to identify the seizure triggers of the particular patient. It can be completed within 2 minutes. As the pilot phase, after 06 months, we will collect all data and analyse to identify most frequent seizure triggers. REFERENCES [1] Hauser WA, Kurland LT. The epidemiology of epilepsy in Rochester, Minnesota, 1935 through 1967. Epilepsia 1975;16: 1-66. [2] Holtkamp M, Othman J, Buchheim K, Meierkord H. Diagnosis of psychogenic nonepileptic status epilepticus in the emergency setting. Neurology 2006;66: 1727-9. [3] Sajatovic M, Welter E, Tatsuoka C, Perzynski AT, Einstadter D. Electronic medical record analysis of emergency room visits and hospitalizations in individuals with epilepsy and mental illness comorbidity. Epilepsy Behav 2015;50: 55-60. [4] Aird RB. The importance of seizure-inducing factors in the control of refractory forms of epilepsy. Epilepsia 1983;24: 567-83. [5] Nakken KO, Solaas MH, Kjeldsen MJ, Friis ML, Pellock JM, Corey LA. Which seizure-precipitating factors do patients with epilepsy most frequently report? Epilepsy Behav 2005;6: 85-9.
Essential criteria:
Minimum entry requirements can be found here: https://www.monash.edu/admissions/entry-requirements/minimum
Keywords
seizure, epilepsy, trigger, emergency
School
School of Clinical Sciences at Monash Health / Hudson Institute of Medical Research
Available options
Honours
Time commitment
Full-time
Part-time
Physical location
Monash Health Translation Precinct (Monash Medical Centre)
Adj Assoc Prof Udaya Seneviratne 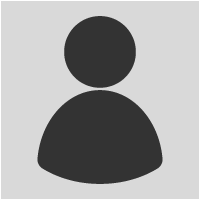