How does the brain sense low glucose levels and switch on corrective actions? Description

Description
Despite current diabetes management, patients with glucose-lowering therapies often deal with hypoglycemia, a condition with abnormally low blood glucose levels. If hypoglycemia is not corrected, then this can result in cognitive dysfunction including loss of consciousness and seizures; and coma or death without intervention. On average, type-1 diabetics suffer from about two mild hypoglycemic episodes per week and have at least one life-threatening severe episode per year. This is also similar for type-2 diabetics requiring insulin therapy. Indeed, insulin-induced hypoglycemia complicates and severely limits the widespread application of insulin, which is for many the only option to treat their diabetes. So how can we help insulin-treated diabetics better manage their blood glucose levels? We need to understand the mechanisms involved in sensing hypoglycemia to find new avenues for diabetes treatments. Little is currently known how the brain senses glucose and initiates counter-regulatory responses to hypoglycemia. What we know is that normal energy deficit and insulin-induced hypoglycemia activates counter-regulatory survival mechanisms such as a neuroendocrine response, glucose production, and appetite to normalize blood glucose. The brain largely drives these counter-regulatory responses. But what are neuronal circuits underlying the brain’s ability to sense glucose levels and activate counter-regulation? Research on this topic suggests that the ventromedial nucleus of the hypothalamus (VMH) plays an important role. But how these counter-regulatory responses are coupled with energy deficit, such as during fasting and starvation remains unknown. One key hormone that is secreted from the stomach when energy reserves are low is ghrelin. Our past work shows that ghrelin informs the brain of low energy reserves by binding on ghrelin receptors (GHSR) to stimulate food intake, motivation, and to increase blood glucose. Thus, GHSR-expressing neurons in the brain may couple energy deficit with counter-regulatory response to prevent hypoglycemia. The GHSR neural circuits that regulate blood glucose are unknown but the counter-regulatory role of the VMH and the high expression of GHSR in the VMH suggest it is a likely candidate. We hypothesize that ghrelin signaling via GHSR-expressing neurons in the VMH couples energy deficit with counter-regulatory mechanisms to prevent hypoglycemia, which includes initiating behavioural changes that promote food intake and motivated behaviour. In order to test this hypothesis, we a GHSR-cre mouse line to facilitate chronic ablation, acute activation or inhibition of GHSR-expressing neurons in the VMH (GHSR-VMH). In addition, we have GHSR floxed mice to induce a chronic deletion of the GHSR receptor in VMH neurons (GHSR deleted mice). This will allow us to acutely and chronically manipulate GHSR-expressing neurons only in the VMH and investigate if this neuronal population is involved in glucose sensing and initiates corrective actions in response to hypoglycemia. Aims: 1. Does hypoglycemia directly affect the neuronal activity of GHSR-VMH neurons? 2. Do GHSR-VMH neurons initiate a counter-regulatory response to peripheral hypoglycemia? 3. Do GHSR-VMH neurons initiate a counter-regulatory response to central hypoglycemia? 4. Do GHSR-VMH neurons initiate changes in behaviour to central hypoglycemia? 4. Do GHSR-VMH neurons contribute to blood glucose regulation in model of type-1 diabetes?
Essential criteria:
Minimum entry requirements can be found here: https://www.monash.edu/admissions/entry-requirements/minimum
Keywords
Ghrelin, GHSR, VMH, hypoglycaemia, food intake, appetite, motivated behaviour, glucose
School
Biomedicine Discovery Institute (School of Biomedical Sciences)
Available options
PhD/Doctorate
Masters by research
Time commitment
Full-time
Top-up scholarship funding available
No
Physical location
Biomedicine Discovery Institute
Research webpage
http://www.andrewslab.com.au
Co-supervisors
Assoc Prof
Zane Andrews
Dr Romana Stark 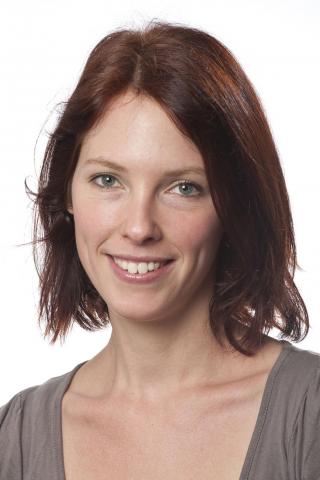