Description
RESEARCH PROJECT BACKGROUND: The endocrine system controls cell-cell communication and coordinates almost all our daily activities. Abnormalities in hormones, receptors and cell signalling pathways underpin many common diseases such as diabetes, high blood pressure and obesity. We are studying the actions of two important steroid hormones, cortisol (a glucocorticoid) and aldosterone (a mineralocorticoid) that are secreted by the adrenal gland and regulate important aspects of systemic physiology and homeostasis, in humans and other mammals. Cortisol has many homeostatic roles in a wide range of tissues both during embryogenesis, particularly the developing lung. Premature babies have underdeveloped lungs and require treatment with synthetic glucocorticoids. Glucocorticoids exert their effects by binding to the intracellular glucocorticoid and mineralocorticoid receptors, GR and MR respectively. Both are members of the nuclear receptor super-family of ligand-dependent nuclear transcriptional regulators. Research projects below will utilize a range of molecular, biochemical and genetic techniques in both cell-based and animal systems to investigate these cell signalling pathways and their specific roles. 2018 HONOURS/PhD PROJECTS: 1. Glucocorticoid-regulated pathways in the pre-term lung and the development of Selective Glucocorticoid Receptor (GR) Modulators (SGRMs): Lung dysfunction in adults and from premature birth is a major cause of morbidity and mortality. Systemic hormones such as retinoic acid, glucocorticoids play an important role in embryonic lung development. We have a number of mouse gene-knockouts that interrupt the cell signalling of these hormones. These include mouse knockout lines of GR, HSD1 and RARa genes. These mice develop perinatal lung dysfunction and will be used to investigate the specific molecular and cellular role each hormone/receptor pathway plays during fetal respiratory development. We are utilizing the Cre-recombinase/loxP gene recombination system in mice to produce cell-type-specific gene knockouts in the developing lung. This will identify specific endocrine actions of these pathways in mesenchymal, epithelial and endothelial cell compartments. Novel steroid-like compounds are being developed that have potent selective effects via the GR in specific tissues such as the liver, brain and respiratory system. These compounds bind to the GR and modulate interactions in the nucleus of cells to allow regulation of particular sets of down-stream target genes. This aspect of the project will test a range of new SGRM compounds in lung cell lines, lung explants cultures and in vivo with mice for potential clinical use. 2. The Short-Chain Dehydrogenase Reductase (SDR) Enzymes: Roles in development and cancer: This project will investigate SDR enzymes such as 11bHSD3/1L, a third member of the 11bHSD enzyme sub-family. This enzyme is absent in rodents and we will study its expression pattern in tissues, cellular localisation using specific antibodies and substrate specificity in samples from non-human primates, the sheep and in available human tissue samples and human cell lines. 3. Novel Roles of Mineralocorticoid Receptor (MR) Signalling in vivo: The adrenal steroid aldosterone regulates systemic fluid and solute homeostasis in the kidney/distal colon via genomic actions in the nucleus via the activated MR. We have made novel tissue-specific mouse knockouts of the MR, and also both dimerization and LBD mouse mutants to explore novel genomic & non-genomic actions in non-epithelial cells/tissues such as macrophages, cardiomyocytes, vascular endothelial cells, the lung, and specialised neurones in the brain. (in collaboration with Prof. Peter Fuller & Dr Morag Young at MIMR-PHI, Clayton).
Essential criteria:
Minimum entry requirements can be found here: https://www.monash.edu/admissions/entry-requirements/minimum
Keywords
Endocrinology, lung diseases, steroids, nuclear receptors, Department of Biochemistry and Molecular Biology
School
Biochemistry and Molecular Biology
Available options
PhD/Doctorate
Honours
BMedSc(Hons)
Time commitment
Full-time
Top-up scholarship funding available
No
Physical location
Clayton Campus
Assoc Professor Timothy Cole 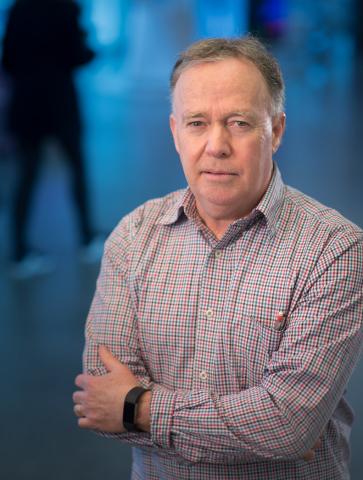