Description
Bats are a major reservoir of viruses such as Hendra virus, Ebola virus, and coronaviruses that are pathogenic in humans but not in bats. The reason why bats can coexist with these viral pathogens is unknown. However, one explanation is that the coevolution of bats and their viruses has resulted in a ‘peace treaty’, a biological equilibrium in which viral replication is regulated in such a way that both host and virus can co-exist without undue antagonism. The role of the host’s immune system is to control infections and antiviral restriction factors are at the front line of the innate immune response that targets viruses. These antiviral restriction factors were originally discovered to restrict retroviruses from other mammalian species, such as HIV (Hayward et al 2018 Mol Biol Evol 35:7), and some of these factors e.g. tetherin, can additionally restrict paramyxoviruses, coronaviruses and filoviruses. Bats have recently been found to be an important reservoir of retroviruses from the genus Gammaretrovirus and are involved in transmission of retroviruses between mammalian species. The genomic fossil record of endogenous retroviral sequences which are present as a critical part of eukaryotic genomes also indicates that bats have a long history of infection with gammaretroviruses and betaretroviruses indicating that retroviruses have circulated in bats throughout their evolutionary history. How the innate immune system of bats has adapted to tolerate or combat infection with retroviruses remains largely unexplored, and this project seeks to further characterise the interactions between bat restriction factors and the Hervey pteropid gammaretrovirus, the first extant retrovirus discovered in bats (Hayward et al 2020 PNAS 117:17). This is a joint project between the Tachedjian Lab and CSIRO Australian Animal Health Laboratory.
Essential criteria:
Minimum entry requirements can be found here: https://www.monash.edu/admissions/entry-requirements/minimum
Keywords
gammaretrovirus, betaretroviruses, bats, immune system, retroviruses
School
Burnet Institute
Available options
PhD/Doctorate
Honours
Time commitment
Full-time
Part-time
Physical location
Burnet Institute, Melbourne (Prahran)
Professor Gilda Tachedjian 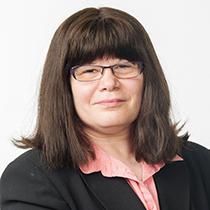