'3 Parent IVF' : What is the status of Mitochondrial Donors?

Description
Mitochondrial replacement technology (MRT), also known as mitochondrial donation, is an emerging procedure used to prevent the transmission of mitochondrial diseases from an affected woman to her offspring. The procedure, sometimes referred to as ‘3 parent IVF’, involves the creation of an embryo with the nuclear DNA of two people and the mitochondrial DNA (mtDNA) from a healthy egg donor. In 2015 the UK became, and remains, the only country to legalise MRT. In 2016 a team working in Mexico reported the first child born using MRT. The possibility of making MRT available in Australia is now under consideration, and was the subject of a 2018 Senate Committee inquiry into the safety, efficacy and ethical considerations raised by MRT. Among the ethical issues raised by this technology is the question of whether mitochondrial donation results in a child with three genetic parents and whether a mtDNA donor is, or should be considered a parent. Some scholars have argued that if an egg donor is a genetic parent then a mtDNA donor is also a genetic parent. Conversely it has been argued that the type of DNA (non-nuclear) and/or the tiny amount of mtDNA involved in MRT does not generate parental status. This project provides students with an opportunity to explore a current bioethics problem and to undertake research and analysis to address the ethical issues raised by MRT.
Essential criteria:
Minimum entry requirements can be found here: https://www.monash.edu/admissions/entry-requirements/minimum
Keywords
IVF, Reproductive Technologies, Bioethics, Mitochondrial Donation, gamete donation
School
Eastern Health Clinical School
Available options
Masters by research
Honours
BMedSc(Hons)
Time commitment
Full-time
Part-time
Physical location
box hill
Co-supervisors
Prof
Catherine Mills
Assoc Professor Giuliana Fuscaldo 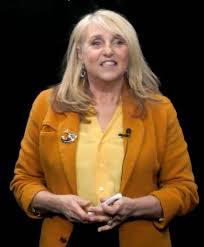